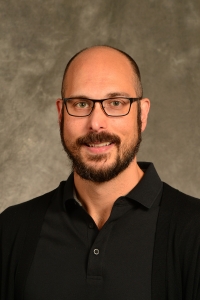 At SFA Slade teaches acting and movement. He also fight choreographs, movement coaches, and directs for the School of Theatre. Slade holds an MFA in Theatre Pedagogy from Virginia Commonwealth University and a PhD in Theatre from Bowling Green State University. He is a certified actor/combatant with the Society of American Fight Directors, holding certifications in seven of the eight weapon disciplines. His scholarship focuses on the application of contemporary science to acting pedagogy and has been presented at MATC, ASTR, and ATME.