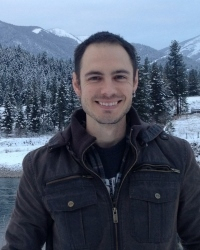 Dr. Scott Venters is a recent graduate of the University of Washington’s PhD program in Theatre History, Theory, and Criticism and former member of UW’s Critical Animal Studies and Performance Studies research clusters and the Early Modern Conversions project headquartered at McGill University. Scott received his BFA in Drama from the University of Oklahoma, his BA in English and Philosophy from CUNY-Hunter College, and his MA in Theatre from Oklahoma State University. Scott's dissertation, "The (Im)mediate Animal: Interspecies Entanglements in Early Enlightenment Transactions," excavates, manipulates, and questions the intimate relations between political and epistemic ecologies formalized within modes of performance as interspecies constitutions from the seventeenth to the eighteenth century. He is the recipient of the Ruth Limmer Bequest for graduate study in the humanities, the Outstanding Paper Award from ATHE’s Religion and Theatre focus group, and has presented multiple papers at ASTR, ATHE, MATC, and the International Congress on Medieval Studies. Scott is published in Theatre Journal, New England Theatre Journal, Theatre History Studies, and Identity, Culture, and the Science Performance: Volume I: From the Lab to the Streets (forthcoming from Bloomsbury Academic).